Our Foundation is pleased to see the interest and engagement people are showing for the exhibition Museum of Ukrainian Victory in Lviv. The project, realised by the NGO Pixelated Realities from Odesa, showcases 3D models of Ukrainian monuments, as well as other images of the impact of war on the heritage. Our Foundation For United Nations SDG collaborated to its organisation with the Italian Embassy and with the Istituto Italiano di Cultura in Lviv.

The exhibition's deadline, initially scheduled for the 20th of December, has been extended to the 20th of January 2023 thanks to its impact both online and offline. 24 international speakers took part to the Forum, the inaugural event of the Exhibition, on the 6th of December 2022. The event's Facebook stream and other material on social media reached over 326,000 people in one week. We are looking forward to bringing this project further, by collaborating with galleries in other cities as well as with online initiatives. 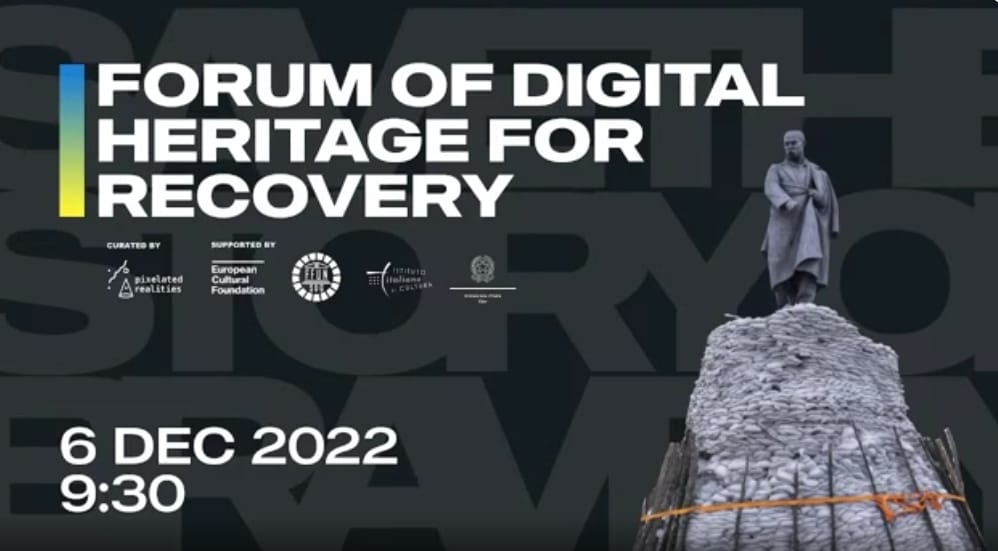